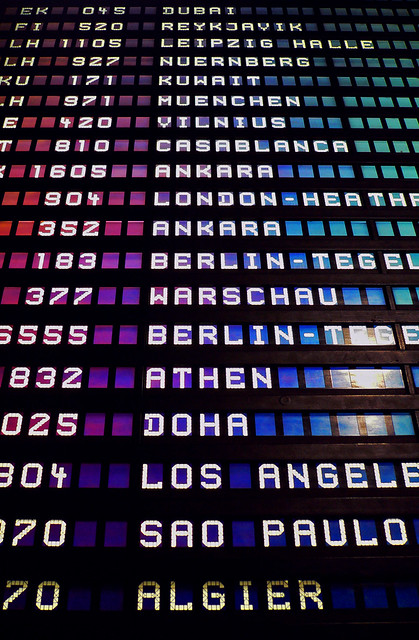 When it comes to saving money on vacation or business travel, most people imagine that it all boils down to finding the cheapest ticket on the cheapest airline.  Unfortunately, it’s not that simple.

It might seem like you found a great deal for a roundtrip flight from New York to London, but the included in-flight meal costs $50; you could easily pack lunch and snacks for a fifth of the cost.

And while you think you need to check a bag for a two week vacation, if you consolidate space and stick to carry-on you’ll save an extra $100.

These are just a few of the costs that most travelers don’t even think about. Before you know it, you might be paying upwards of $500 in costs that have nothing to do with getting you from A to B. Here are seven tips for saving money on your next flight to Europe, or wherever you fly to next. 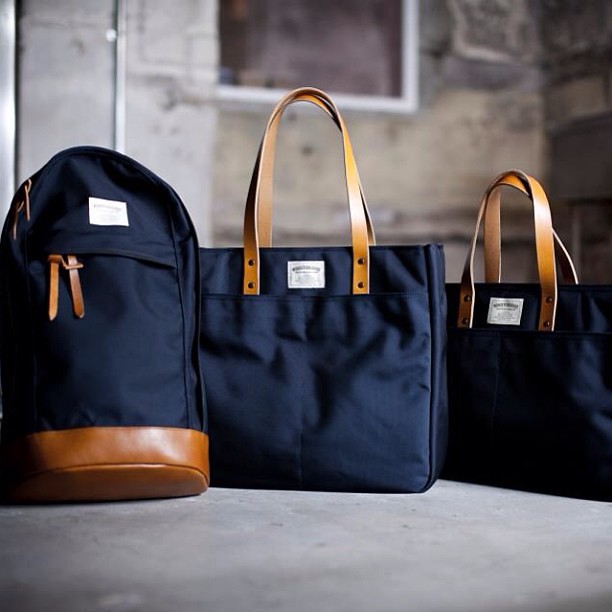 1. You ARE paying for carry-on baggage, even on airlines that say it’s free.

United Airlines baggage policy – which is pretty typical for most legacy carriers – allows passengers to check their first bag for free on international flights. How kind and thoughtful of them! Never mind that a second bag carries a $100 charge, and that the first bag is included in your ticket. Not every major airline includes check-in baggage in the price of a ticket; they usually allow you carry-on luggage but charge extra to check a piece in. The airline industry has billions of dollars in baggage fees. I used to think that a 2 week trip somewhere required a hefty carry-on suitcase, but it’s actually possible to travel with nothing but a decent-sized backpack or rolling suitcase. I detail exactly how to pack everything you need into a carry-on here. Typically, there are two major objections to why people can’t bring everything they need in a carry-on: They need to bring all that stuff with them. Fine, so you need a winter jacket for your trip to Switzerland in February. Why not wear it onto the plane instead of wasting valuable space in your suitcase? Then there’s the issue with liquids. Contrary to what you may have heard, the French bathe just like we do, and they probably sell the same brand of special shampoo you have back home – probably for much less than the cost of paying to check your bag so you can take it with you. If you’re still skeptical, you can transport liquids onboard in 100 ml bottles. One last note on the topic of luggage: make certain that your carry-on meets the airline definition of a carry-on. If the dimensions of your backpack or suitcase are even half an inch too wide or tall, you could pay a fee upwards of $50 at the gate to check your tragically oversized carry-on bag onto the flight. You won’t find this to be an issue on transatlantic flights, but if you have a connection in Europe on a budget airline such as EasyJet, this is the sort of customer mishap they make a meal out of.

2. Opt-out of the meal and pack your own

Similar to the supposedly “included” free bags, any airline that offers you a “free” meal isn’t really giving it to you for free. Rather, they’re marking up a glorified TV dinner to a price you associate with gourmet fare at a Michelin-starred restaurant. “But you can’t not eat for an entire ten hour flight!” gasp mothers everywhere. Relax, Mom. Just because I refuse to pay an extra $40 for a crummy microwaved meal doesn’t mean I plan on starving myself. The solution is pretty straightforward: why not just bring your own food onboard? You can walk into just about any grocery store these days and find snacks plus sandwiches and other ready-made meals. Last I checked, the TSA might not be able to tell the difference between a bomb and a ham sandwich, but they won’t care if you bring food through security. If you don’t feel like packing a lunch, here are the best airport restaurants in America. Can you imagine this article even existing ten years ago? Not only is airport food much better quality than the “free” onboard meal, it’s substantially cheaper than the mile-high grub that was reheated in a tiny microwave by a flight attendant named Steve. Steve should be paid for his excellent service as a steward, not as a chef. Also, if you’re gluten free, vegan, kosher, halal, or have any other dietary restrictions, this is pretty much a no-brainer. Why depend on a bunch of harried airport workers to load the right pre-made meals when you can just take care of it on your own? While many major carriers such as British Airways include the cost of the meal in the ticket, others don’t – in which case, you should opt out if given the chance. 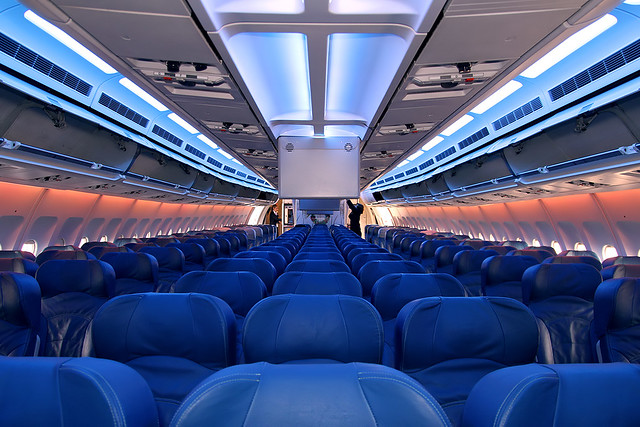 3. Don’t ever select a seat (and definitely no premium economy)

First, I have to acknowledge that for some people it’s unthinkable to be sat in a random seat. Families with small children, people who are very overweight, disabled, or very tall have perfectly valid reasons to select seats, and this isn’t directed at you.

But if you’re not one of those people, you might as well light your money on fire if you want to pay for a seat. It’s such a waste of money. Just take whatever the airline gives you. Are you on your honeymoon and want to snuggle with your sweetie now that you’re officially married, only you’re sitting five rows away from each other? You poor star-crossed lovers – too bad you’ll never be near each other aga—OH WAIT IT’S JUST A TEN HOUR FLIGHT AND THEN YOU’LL HAVE A HOTEL WITH A KING SIZE BED TO YOURSELVES. Suck it up!

If you’re of average size and height, are you really going to be so uncomfortable that you would pay an extra $200 for premium economy seat? If you’re worried about muscle soreness or stiff joints, just get up and walk around every couple hours, or do some of these in-flight seat exercises (maybe skip doing leg lifts in the aisle, though).

If you don’t get the seat you were hoping for, there is one way – although not guaranteed – to get the one that you want. Drumroll, please:

Ask the person sitting in the seat you want if they can switch with you. What a novel concept, right? They might refuse, but you’ll never know the answer without asking. And if there is an empty row in a different section of the plane, you can usually switch seats after takeoff. The flight attendants are unlikely to mind, let alone notice.

4. Fly in the middle of the week, not on Fridays or Sundays

If you can spare the extra vacation days or have no urgent reason keeping you from flying on a Tuesday or Wednesday, do that instead. The difference between a Wednesday versus Friday departure can easily add up to hundreds of dollars. 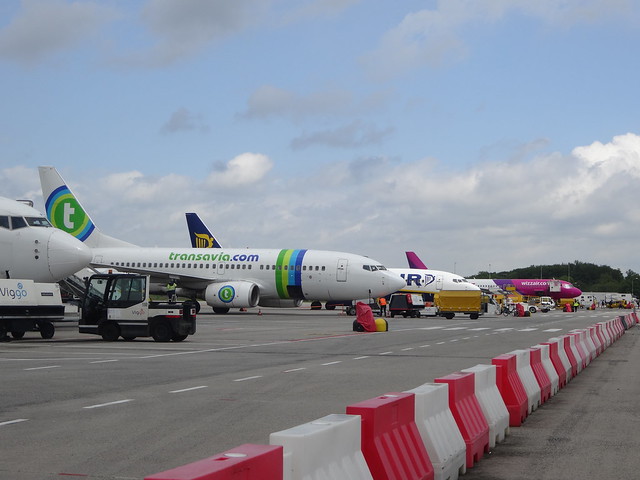 5. Consider flying from a bigger airport that’s a bit farther away

I’m from San Diego, which is a pretty big city but nowhere near as big as Los Angles, just 120 miles north. While we have a decent-sized airport in San Diego, the options I have are limited, especially for international flights to Europe. In comparison, LAX is the seventh-busiest airport in the world. Pretty much every major American carrier flies there, and most major international airlines offer nonstop flights to destinations on the other side of the world. To give you an idea, a roundtrip flight from San Diego to Copenhagen from March 1-10, 2017 would cost me $994 according to Skiplagged. From Los Angeles on the same dates, the price drops to $415. Naturally, there’s a tradeoff. The train from San Diego to Los Angeles takes two and a half hours to get to downtown LA, plus an extra 45 minutes by bus, and costs about $80 roundtrip. But I’d have to spend that time on an extra layover if I flew from San Diego, so the time question is moot. That leaves me with a savings of about $600, plus I get to enjoy one of the most scenic train rides in the USA, which is definitely better than an airport layover. Unless you live in one of the biggest cities in the USA, you’re going to spend a lot more money for the convenience of flying from your hometown airport, and you’ll lose the initial time savings with a stopover somewhere along the way. If you’re traveling solo, I recommend you take a bus or train (or beg/ask a very loving friend or family member to drive you) to the nearest major airport. Or if you’re a group of people such as a family, drive to that airport and park your car at a long-term parking lot while you’re away.

6. Pay in other currencies.

Out of all the tips for how to save money on flight bookings between the USA and Europe, the one that takes the least amount of effort is to pay in a currency other than dollars. Due to extremely boring financial intricacies not worth explaining in detail, it oftentimes costs less to pay in Norwegian Kroner than in dollars. A one-way flight from New York to London on October 5th costs 2144 NOK, or $260. That same flight, if you want to pay in dollars, costs $341.  While it’s true that unless you have a travel-specific credit card you’ll pay a conversion fee, that cost is nowhere near as high as the 76% markup in costs between currencies. If you are a client at a major bank such as Chase the conversion fee is 3%. Yes, you might have to navigate a booking website in a language other than English, but that’s what Google translate is for. 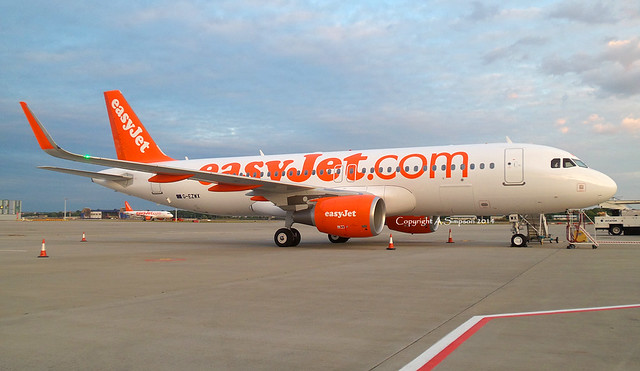 7. Don’t be scared off by low-cost carriers

People are afraid of the unknown. When you fly in a metal box at super-fast speeds six miles above the ground, it’s natural to seek assurance, which is what major brands offer.

But just because you haven’t heard of airlines such as Norwegian or WOW doesn’t mean they’re not as safe as traditional airline heavyweights such as United or Air France. They simply don’t have the marketing budget to advertise the way major carriers do.

The no-frills service you get might not be as nice as legacy carriers, but you’ll be laughing all the way to the bank when you save hundreds of dollars because you decided to forgo needless luxuries like dinner with wine or specially-embroidered flight blankets.
Now that you know how to save, what next?
If you follow even one of these tips the next time you book a flight from the USA to Europe, I guarantee you will save money. There might be a bit of a tradeoff in terms of small creature comforts, but unless you’re really rich that’s probably a sacrifice you would be willing to make.

Since your time is probably too valuable to remember each and every one of these tips for saving money on your next flight to Europe, why not leave it to people who do this for a living?

There are many excellent free newsletters that share incredibly low fares to destination all over the  world, with those extra costs such as baggage fees already taken into account. Two of my favorites are The Flight Deal and Scott’s Cheap Flights. If you specifically want to find a flight between the USA and Europe, consider signing up for my free flight newsletter, New York to London Flights.

I’d love to hear your thoughts on booking cheap flights from the USA to Europe, so if I missed something important, post a comment here, send an email to nytolondonflights@gmail.com. And if you know someone who could really benefit from these flight tips, send ‘em this article! I really appreciate it.