This is a new feature to NY2L Flights: Hometown Guides.

When it comes to travel, nothing beats hanging out with locals. If someone was visiting your city, wouldn’t you want them to trust your word instead of Tripadvisor or a generic guidebook? Let a local show you where to go.

I consider myself pretty lucky being born in Greenwich and growing up here. It’s not often you tell someone where you live and they go “Oooo, that’s the centre of time right?”*note to my American friends: this is what English spelling looks like. Well, they are right and I’ll explain why later. Along with this Greenwich has many other claims to fame that will make your 48 hours here jam packed and so unique. I may sound biased when I say there’s honestly nowhere else in London like it, but what other towns have a planetarium, a gorgeous park, a big ship in the middle of it, a house that queens used to live in, has been used in countless movies and is the centre of time?!!f

Now I have your attention, let’s explore Greenwich…

Greenwich Park is the oldest of the 8 royal parks dotted around London and arguably the best (that’s not me being biased again!). The 183 acre park contains plenty of open space for recreation, a boating pond, children’s playground, secret little gardens you can hide away in, a huge deer enclosure and one of the best views across London you will find. Don’t forget to take some peanuts to feed the countless squirrels that inhabit the park. 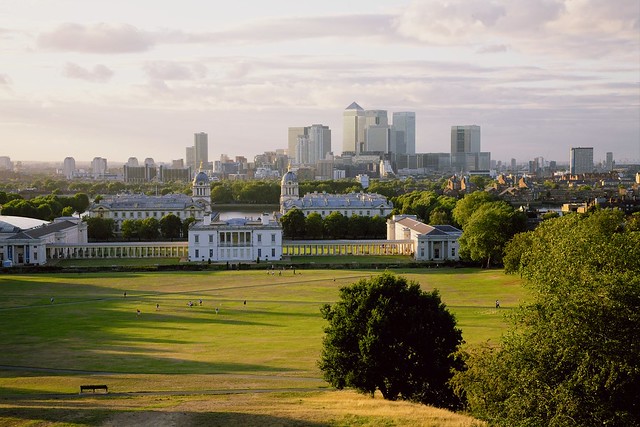 The above may make Greenwich Park seem like a great park but I haven’t even mentioned all the Royal history contained within it! The Royal Observatory is situated in the middle of the park at the top of a big old hill. Commissioned by King Charles the II and Built in 1676 the observatory played a huge role in astronomical history. The site is also the start of the Prime Meridian – where 0:00GMT starts; there’s a nice line in the ground showing you where it is and at night there’s a “giant laser” (Know the movie?1) that shoots through the Greenwich skyline to mark the Prime Meridian. The site is now a museum and whilst it has tonnes of history, one of the most exciting features of the site is a very new addition – The Planetarium! Sit back in big comfy seats and whizz through space as you watch the whole ceiling, which is one big screen, turn into outer space! 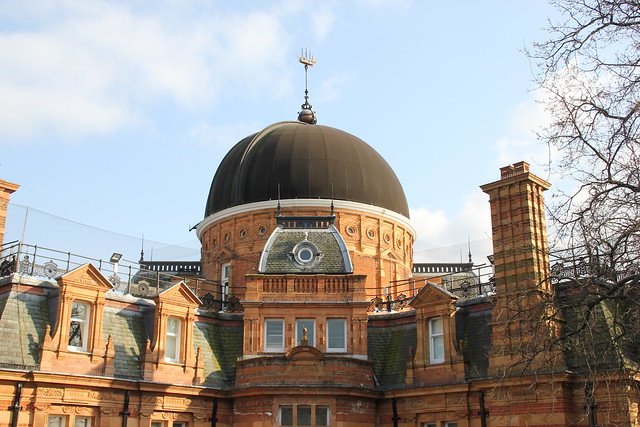 Slightly down the hill from the observatory you have The Queens House and The Maritime Museum. The Queen doesn’t live there now (That’s Buckingham Palace) but the wife of the then king lived in this lovely big white house that you can now walk around and see lots of interesting history. The Maritime Museum does exactly what it says on the tin, or sign. It’s a rather old, impressive building that is dedicated to showcasing Greenwich’s and The UK’s once illustrious maritime power. The museum is free and has lots of different rooms including a room where there’s lots of paper, pens and beanbags so you can draw away in comfort to your hearts content.

Fun Things to do outside the park

Greenwich Market: if there were a centre to Greenwich then this would be it. Open daily but best on the weekends, this roofed market is bustling with independent stalls selling clothes, trinkets, art and great food. Built into the surrounding buildings and encircling the market are little independent shops and eateries where you will find items that you won’t find anywhere else in the world. 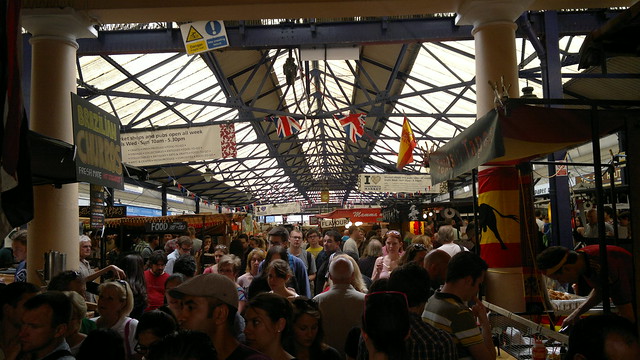 The Old Royal Naval College now forms the main campus of Greenwich University but was once the centre of British maritime activity. The opulent buildings played host to commanders, captains and admirals. Take a trip to the Painted Hall which is literally a hall that’s has its walls and ceilings covered in historic paintings. The buildings are so picturesque many films including, Les Miserables, Thor and James Bond have been filmed there.

The Cutty Sark is an old wooden ship, not to be mistaken with Diversity of course (I hope you got that reference2).  The ship sailed around the world bringing tea from the colonies and is now in dry dock along the river in Greenwich. In 2007 the ship was gutted by a huge fire but over the years has been fully restored and now the lower section is surrounded by a huge glass bubble which is awesome to view the boat through. You can also go on tours through the ship and pretend to be a pirate, even though it wasn’t a pirate ship, Arrrrr. 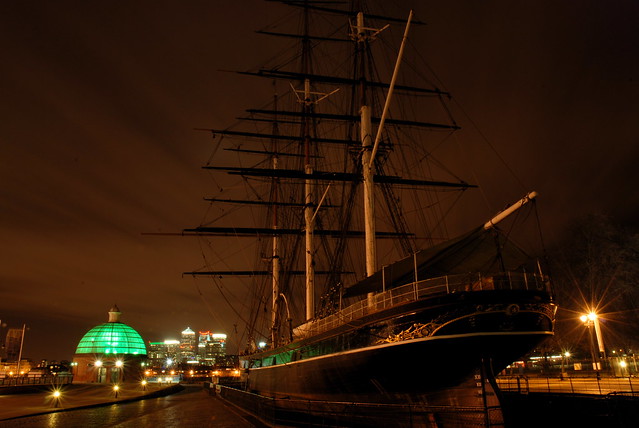 The Picturehouse Cinema; Cinemas are everywhere these days but there are very few that stand out. The Picturehouse is one that sure does! The cinema has smaller and less screens than your average but provides you with that cosy feel. The screens have huge comfy red chairs and the back rows have double sofas for two of you to snuggle up on. Whilst you’re waiting for your film you can hang out in the cinema bar which is dimly lit and provides a great chill out zone before or after your movie! 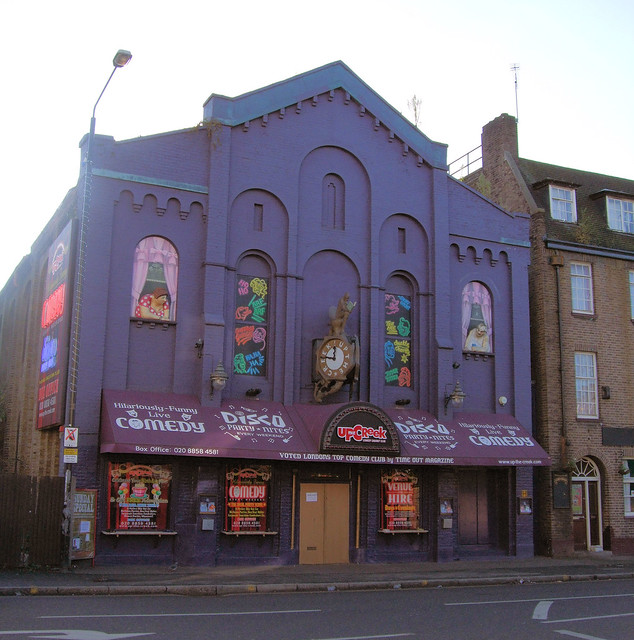 Up the Creek Comedy Club. This comedy club plays host to some great comedians and some great nights out! Every night there are different acts and ticket prices are reasonable, as is the price of a drink!

Where to get some Grub (Food);

Let’s start with an English tradition – Head to The Pier (name of the shop not an actual pier) for some good old English fish n’ chips.

Bills Restaurant is one of my faves and provides breakfast, lunch and dinner in a chic’ surrounding and provides nice views of Greenwich Village whizzing by.

For some great Sushi try Zaibatsu that is slightly outside the village and to be honest looks slightly grubby but they do the best and greatest value for money sushi of anywhere I know. If you want to stick closer to the village Sticks & Sushi is also very good but slightly more on the pricey side.

You can also grab some food at Greenwich Market and the countless eateries throughout the village.

If you just want some ‘normal food’ there’s the church of chicken that is Nandos, a Byron Burger and a Zizzi just along the river by the Cutty Sark.

Where to get a nice cold (or warm) beverage.

One of the best pubs in Greenwich Village to visit is The Gypsy Moth which lies right next to the Cutty Sark and is popular with all ages and has a slightly hipster feel – it’s my go to pub when meeting up with friends. It has a lovely beer garden and has recently been refurbished but still manages to retain the cosy old pub feel. They also do a great mulled wine in the winter! The Greenwich Union brews its own craft beers and makes some great fish and chips whilst The Kings Arms on King William Walk will provide excellent customer service as well as a pint and some fish and chips!

There are a couple of great pubs slightly outside the village as well; The Plume of Feathers is very traditional and a favourite with locals, whilst The Vanbrugh has a slightly more modern feel and has a great little garden in the back as well as a pretty decent restaurant.

If you’re feeling a bit more sophisticated, Champagne & Fromage provide great bubbly with awesome cheese and can be found just next to Greenwich market on Church Street. If a few glasses of the adult grape juice takes your fancy then head to Davy’s Wine Bar which stocks over 100 varieties of wine and has a very relaxed and cosy atmosphere.

If you have more than 48 hours and fancy heading out of Greenwich try my post: The Top 40 Things to do in London, you won’t be disappointed 😉

Michael discovered he had the travel bug at the age of 19 after a short trip to Paris in his rusty old car with two mates. Since then he’s backpacked around Europe, America and South East Asia and there’s plenty more on the list. Over at TheWanderingBroski he’s dedicated to bringing you the best and most unique destinations, activities and take on travel that will entertain – as well as the odd Will Ferrell quote.

One thought on “48 Hours in Greenwich Village, London”