There’s never a bad time to visit London. My friend Sahil, just wrote a great guide to the uber-hip neighborhood of Shoreditch, where he lives — could be useful if you go! Tell me if you booked this flight, or have questions about what to do in London 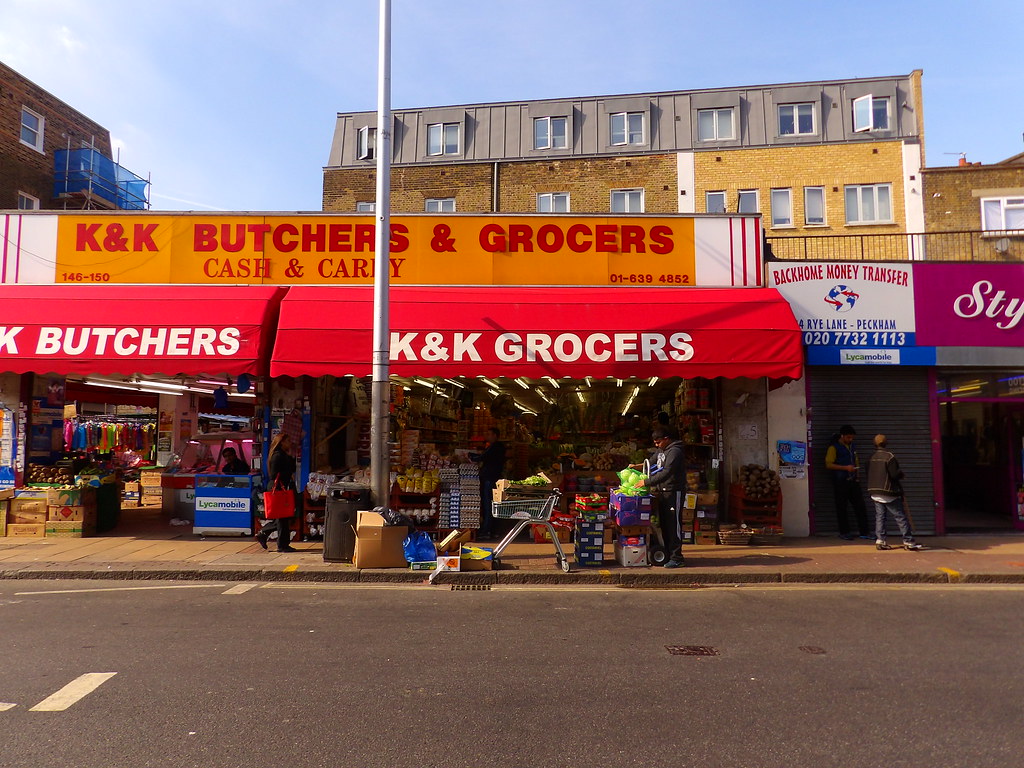 Here’s a shot I took of a grocery in Peckham, South London. There’s a lot of Afro-Caribbean shops and restaurants there, so if you want an authentic plate of fried plantains with peas and rice, this is a good neighborhood to check out.

Los Angeles-London: May 6-15 on Norwegian for $420. Be prepared to use Google Translate since the website is in Norwegian.

San Francisco-London: April 16-24 on British Airways and Aer Lingus for $487.

If you want to visit somewhere else besides London, you can book a cheap connecting flight using one of these awesome flight search engines. It might help to check this handy infographic on budget airlines, since there are so many budget carriers in Europe. EasyJet and Ryanair both have plenty of service from London area airports, especially Luton and Stansted. If you want to travel overland — for example, taking a trip out to Cornwall — without flying or paying a lot of money to rent a car, this list of travel websites and apps will come in handy.